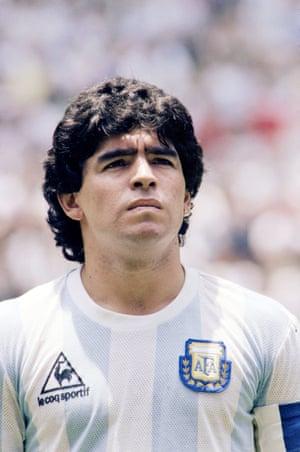 The man who best English hopes with his “Hand of God” goal has died after a heart attack at the age of 60. Diego Armando Maradona, who delighted fans from Argentina to Napoli, underwent surgery on November 3 for a blood clot to the brain. That surgery was successful, but he remained in hospital.

During the quarter-finals at the 1986 World Cup, he single-handedly beat England with two goals. He punched the ball over the head of the English goalkeeper Peter Shilton for the first and outmaneuvered most of the English team to score the second, which is considered one of the best goals in history.

In 2001, FIFA named Maradona as one of the two greatest in the sport’s history, alongside the Brazilian great, Pele. He was also known for his difficult life outside football, including a substance abuse, illegitimate children, and trouble with money. Fellow Argentinian Lionel Messi said, “A very sad day for all Argentinians and for football. He leaves us, but he is not gone because Diego is eternal. I stay with all the beautiful moments I lived with him and I wanted to send my condolences to his family and friends.”