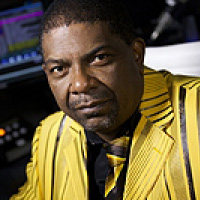 Delroy G entered the world of entertainment in 1976 in Jamaica as an MC with the then-popular Reggae band Current Affairs. He hosted many hotel and club engagements across the island, and eventually settled in Canada in 1982. Since then, Delroy G has established himself as an icon within the Reggae music scene. He started his radio career on AM1430, and then took his show, The Delroy G Showcase, to CHRY 105.5, where it aired for many years.

Delroy G has won numerous awards, including DJ of the Year and the Bob Marley Music Award (from the Canadian Reggae Music Awards). Delroy has also toured Canada and hosted concerts with top artists such as The Manhattans, Peaches & Herb, Beres Hammond, and Beenie Man. He is also heavily involved in Canadian promotions put on by Kings of Kings, one of the top international Reggae show promoters.