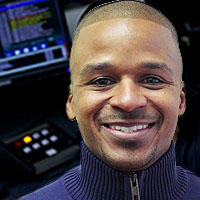 Jason Portuondo has been on the sports scene for over a decade now and is easily one of the GTA’s most recognizable sportscasters. His first job in the industry was at 680 News in 1995, followed by his first television position at CKWS in Kingston. Jason has also worked for the Woodbine Entertainment Group and Rogers Sportsnet as an anchor.

During his career, he has met and interviewed some amazing athletes, including Michael Jordan, Alex Ovechkin, Randall Cunningham and Cam Neely.