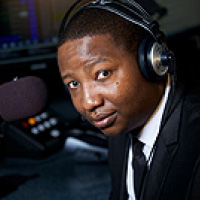 MR. Bonde ‘the voice of AFRICA’ is an award-winning MC/Host who has been in the entertainment business since 1995, DJing/MCing African events, parties, concerts, and weddings in North America, the UK, South Africa and his native Zimbabwe. MR. Bonde has hosted events such as the 2010 All African-All White Boat Cruise, Miss Afri-Canada 2009, Miss Afrique-Quebec (Montreal), Miss ZimExpo Canada2009, Miss ZimUSA 2010, Zimbabwean independence party celebrations, the 49th Nigerian Independence Party and Concert featuring 2face Idibia, and many others.

MR. Bonde has also been a radio co-host on the community radio station CHRY 105.5fm with DJ Hype Green on the Studio Africa show. He was awarded the 2011 Best African MC in Canada and his African Music Videos Show was awarded the 2011 Best African TV-Show. The show airs every Saturday from 7pm to 8pm on AMET-TV (African Movies & Entertainment Television) www.amet.tv.

MR. Bonde is the go-to-guy when it comes to livening-up a party/show/concert/wedding with not only his smooth and clear voice, but with his jokes and crazy costumes during the event and also his entertaining dance moves on the dance floor.

MR. Bonde was awarded the 2010 ZimExpo DJ of the Year in Washington DC for his active role as an MC and Radio DJ in the African community during the annual Zimbabwean Business Expo (ZimExpo) that takes place every year in the United States during the Memorial Day long weekend.

MR. Bonde’s African Music Show on Mondays from 9pm to 11pm is a ‘first’ for the African community to have a radio show on commercial radio dedicated to African music. The African Groove Show (TAG) will take you on a music trip around Africa, from Cape to Cairo. With so much work in the African community as an MC in North America, MC Bonde has been dubbed ‘the voice of AFRICA’.