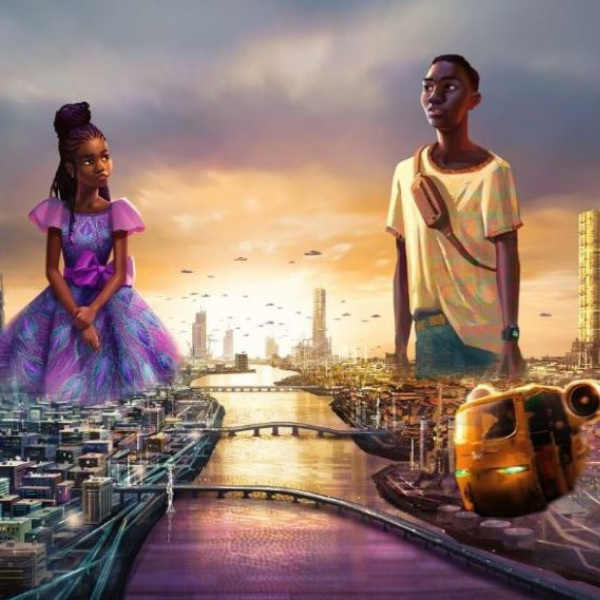 Pan African Entertainment and Disney Animation has teamed up to create a Science Fiction series called Iwaju coming to Disney Plus in 2022. The Iwaju comic book collection was created by three friends from Nigeria, Tolu Olowofoyeku, Hamid Ibrahim, and Fikayo Adeola. They operated under the banner of Kugali Media in 2017 which is an entertainment company that focuses on telling stories inspired by African Culture using comic books, art, and augmented Reality (News Central). The stories respect the history, embrace the present and imagine the future of Africa, hence the name “Iwaju” which translates to “the future” in Yoruba – a language spoken in West Africa.

The TV series has gained the attention of Walt Disney Animation Studios, and they have now partnered with this African Entertainment Company to produce an animated series described as the “first-of-its kind collaboration.” The Afro-futuristic series is set in Lagos Nigeria, having a Wakanda-like futuristic world. The TV series stars a young girl and boy who will explore themes of class, innocence and challenging the status quo, all wrapped up in a unique sci-fi experience.

According to Disney Animation Studios Chief Creative Officer Jennifer Lee, the storytelling talents of Kugali Media “blew us away,” and they did not hesitate to sign with the African Entertainment Company to advance the diversity of Disney Animation. This would be the first that Disney would team up with a comic studio outside of Marble, and the only animated series not focused on an existing movie or franchise. The announcement to join with Kugali Media was made by Disney in a tweet announcing the one-of-a-kind collaboration that would begin streaming on the Disney platform in 2022. Disney also shared the visual representation art from the series showing the two main characters as well as the logo for future series.

It will be a pleasure to watch and listen to authentic African story-telling that will pay homage to the great Continent of Africa which has such a rich culture and a wealth of hidden treasures.