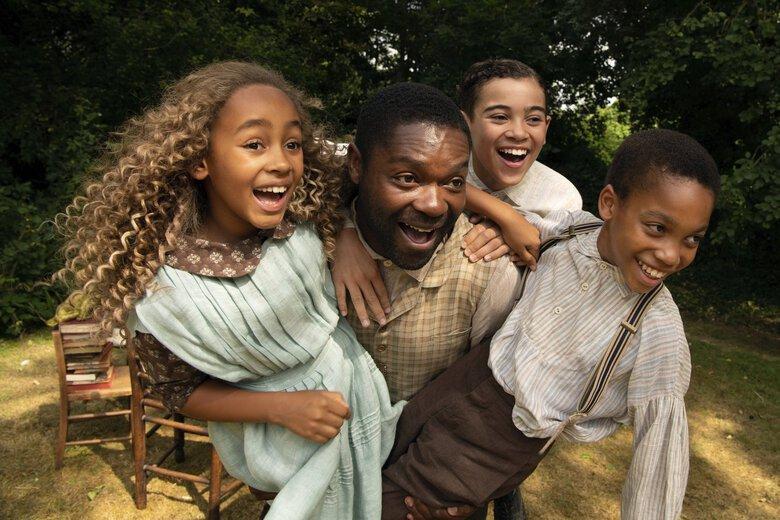 Fantasy drama that’s a mashup of Alice in Wonderland and Peter Pan. The film asks, what if Alice and Peter were siblings? And what if their parents, played by Oyelowo as Dad and Angelina Jolie as Mom, are a mixed race couple? No where in the original stories does it say how much melanin was in the character’s skin, and why does it matter to us? It apparently only matters to the great people with racist views.

Remember the backlash from right-wing groups when John Bodega took off his white Stormtrooper helmet? It’s happening again. Come Away was hit by negative reviews on the IMDb and Rotten Tomatoes websites. The fascist types are hoping the negative ratings will influence movie watchers to ignore the film.

Oyelowo, who also produced the film, noticed the slumping ratings on the IMDb and Rotten Tomatoes, and he wondered how anyone could rate a film without seeing it. The movie is not slated for release until the last weekend in November. Racists will stop at nothing..