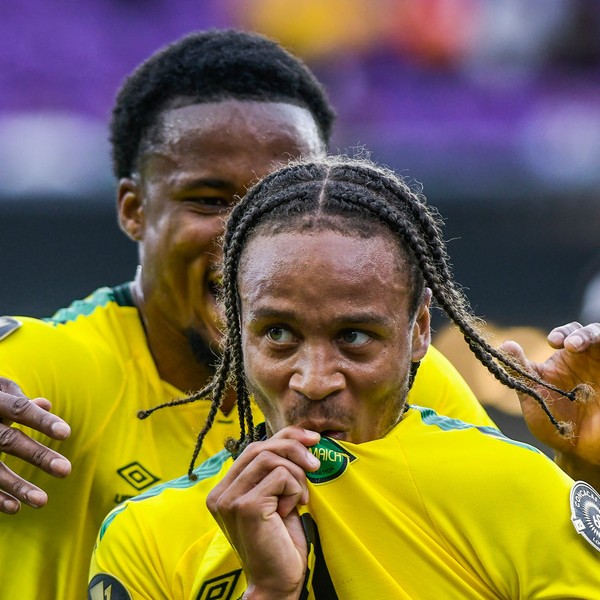 Bobby Reid
Photo Credit: Gold Cup/via Twitter @GoldcupThe CONCACAF Gold Cup kicked off over the weekend with Mexico and Trinidad & Tobago ending their game in a 0-0 draw. But last night claimed the first victory for a Caribbean nation so far at the tourney with Jamaica taking down Suriname 2-0 in the Group C matchup.

Now that the Euro and Copa America are in the rearview window, soccer lovers can turn their attention to the CONCACAF Gold Cup, the major tournament for North American, Central American, and Caribbean nations.

The festivities began on Saturday in Dallas with an underrated Trinidad team playing out a draw with what most would consider a potential favourite at the tournament in Mexico. Sunday saw three games, with Canada taking down Martinique 4-1, the US beating Haiti 1-0, and El Salvador besting Guatemala 2-0.

Jamaica’s 2-0 victory over Suriname in Orlando was a great display of their speed and ability to keep possession and pressure in the attacking half. Both goals for the Reggae Boyz came in the first half. The first one was courtesy of 24 year old Shamar Nicholson only six minutes into the game, while the second one sealed the deal 20 minutes later off a volley from Bobby Reid.

The other group C matchup was an expected result, with Costa Rica claiming a comfortable 3-1 win over Guadeloupe. The matchup between Costa Rica and Jamaica is set for July 20 and should be the deciding bout for control of the group.

Meanwhile, group B should feature an intriguing matchup to say the least between tournament favourites United States, and of course fan favourite Canada. The Canadian team will unfortunately be without the help of young superstar Alphonso Davies, as the wunderkind was ruled out with an ankle injury suffered during practice.