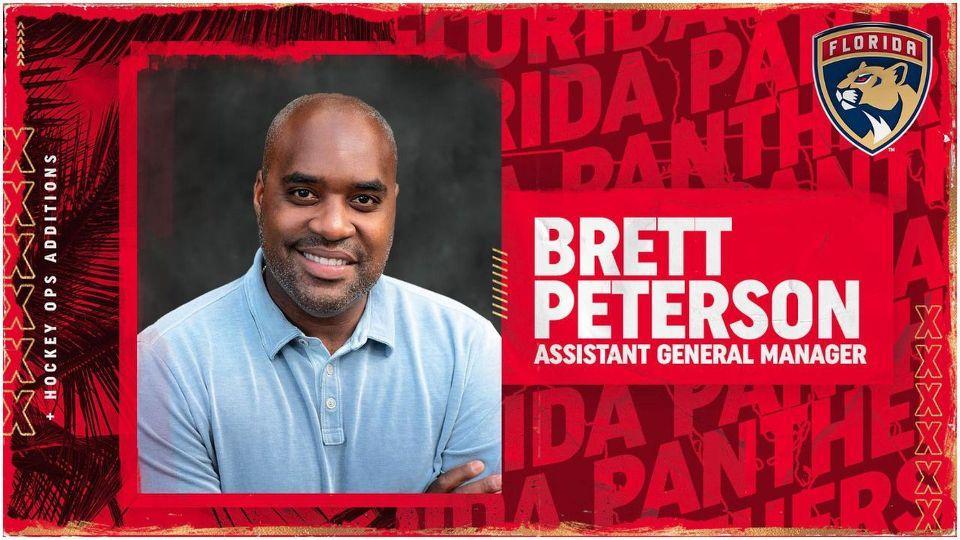 Another first for a Black man. On November 17, 2020, the Florida Panthers hired Brett Peterson as an assistant general manager, making him the first Black executive to hold that position in the NHL.

Peterson, an NHLPA certified agent, was previously vice president of hockey for Wasserman Media Group. He played four seasons as a defenceman with Boston College, and helped them win the NCAA Division 1 championship in 2001.

Peterson said in a conference call that ”I’m just happy that now there can be a second and a third. It’s going to be exciting times because I think other people will realize that things are possible and they should be. There’s never really been a hard stop, but there hasn’t been this type of opportunity yet, so I’m happy that we can hopefully create some more.”