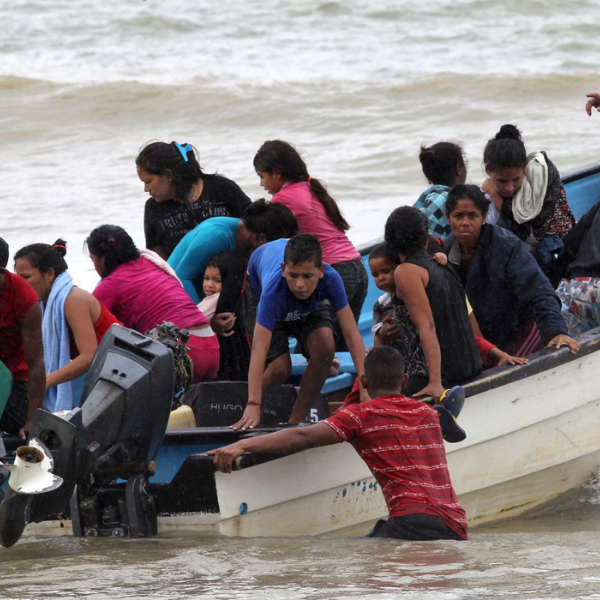 The bodies of at least 20 Venezuelans on board the boat My Memories which left Güiria on December 6, en route to Trinidad and Tobago, were found off the coast of Venezuela. The fragile overloaded boat overturned and was shipwrecked 6.3 nautical miles from the coast. Some of the bodies were found at sea, while some were identified on nearby beaches.

According to Reuters, the owner of the boat, 56-year-old Luis Ali Martinez was arrested and assigned to Prosecutor Tarek Saab, who specializes in human trafficking. Martinez confirmed that a group of more than 20 migrants were on board his boat that left Güiria in the North Eastern Sucre State, and was headed to Trinidad and Tobago. At least four children were among the dead. Attorney General Saab says he is committed to prosecute those “responsible for the crimes and who have organized mafias that operate between Sucre and the Island of Trinidad to promote Human Trafficking.” The hunt continues for the others in this human trafficking conspiracy with red alerts for Venezuelan citizen Alberto del Valle Cedeno. Authorities have confirmed that the island of Trinidad and Tobago is the Caribbean’s hub for human smuggling and trafficking.

National Security Minister of Trinidad and Tobago honorable Stuart Young told Izzso Media that the criminals involved in human trafficking and smuggling are culpable for the loss of lives, and sent condolences to their families. He affirmed that the T&T coast guard is in contact with Venezuelan authorities, and they continue to “maintain the safety and security of Trinidad and Tobago through the conduct of maritime security patrols.”

Since 2015, increasing numbers of migrants have been traveling to the Island of Trinidad and Tobago due to the economic and political climate in Venezuela. This has heightened the instances of human smuggling, and at the same time has cost the lives of many who risk their lives on rickety and overloaded boats to escape poverty, resulting from the economic collapse and worsening conditions in the South American territory.