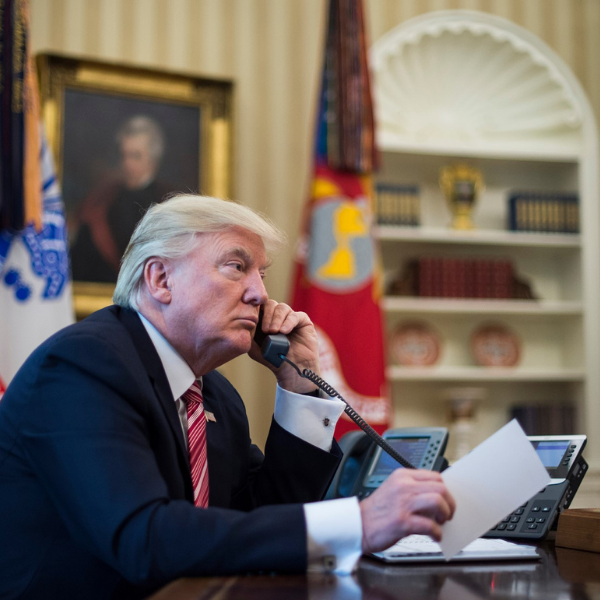 The cries to impeach Trump again are growing in the wake of his latest rig of conspiracy to steal and overturn the election results in Georgia.

In an hour-long recorded phone call, obtained by the Washington Post, Trump berated and threatened Georgia Secretary of State Brad Raffensperger to find “11,780 votes” because “the people of Georgia are angry, and there’s nothing wrong with saying, that you’ve recalculated.” He warned Raffensperger that he would be taking a “big risk” if he refused to help find the votes to reverse the election defeat in Georgia, and called it a criminal offense if he didn’t. When the secretary of state insisted that Biden won fairly, Trump denied the victory and claimed that he won by far. He insisted that the election was stolen, and pressured the Georgia secretary to recalculate the ballots even after massive voting fraud had been dismissed by a succession of federal judges.

Also present on the phone call was White House Chief of Staff Mark Meadows, attorneys for the president Kurt Hilbert, and Cleta Mitchell, Jordan Fuchs, deputy Secretary of State of Georgia, and Ryan Germany, general counsel to the Secretary of state who also received threats from the president.

According to the Business Insider, the watchdog group Citizens for Responsibility and Ethics in Washington called for Trump’s impeachment over his efforts to tamper with the Georgia election and to coerce the state secretary to reverse his defeat. Democratic lawmakers have strongly condemned his immoral efforts and have deemed his coercive act to “find votes” as an impeachable offense. Bob Bauer, senior advisor to Biden said there is proof that the president pressured and threatened a state official to rescind a lawful vote count to fabricate another in its place, and there is a case to be made for the extortion of a public official to commit election fraud.

The calls for a second impeachment prompted Trump and his legal team to file two lawsuits, both federal and state against Georgia Secretary of State for the leaked phone call, claiming that the phone call was a “confidential settlement discussion.” All of this comes in the midst of two Georgia runoff elections on Tuesday, that will determine whether Republicans will continue to hold the senate majority in the state, and block Biden’s agenda in a time of national crisis.