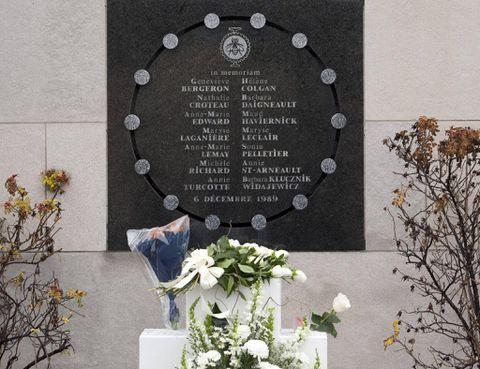 Thirty-one years ago, on Dec. 6, 1989, 14 women students at the École Polytechnique in Montreal were killed by a man with a hatred of women.

Along with the 14 women, most of them engineering students, more than a dozen people were injured in the attack when the man entered a mechanical engineering class and began shooting women.

Every Dec. 6, Canada remembers the women on the National Day of Remembrance and Action on Violence Against Women. This year’s commemorative ceremonies are online due to the COVID-19 pandemic.

According to Natalie provost, a survivor who was shot four times during the attack, “There’s a lot of human warmth in my life surrounding Dec. 6, a lot of emotions linked to those gatherings, and this year it’s a lot colder.”

“Gatherings are important for mourning and for commemoration, and now we’re trying to do them virtually, and my impression is that it’s much harder to achieve” she said, as people are tired of staring at screens.