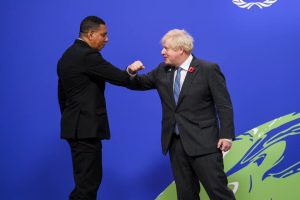 Jamaica’s Prime Minister Andrew Holness, who is currently in the

United Kingdom, is facing calls to block a deportation flight to Jamaica

As Holness addressed world leaders at the international climate

conference in Glasgow, Scotland on Monday, campaigners urged him

not to collaborate with Home Office removal operations.

Human rights campaign group Movement for Justice, which is

supporting those booked on the flight, said of the eleven detainees it

had spoken to, eight came to Britain as children.

Officials claim that those booked on the flight have committed serious