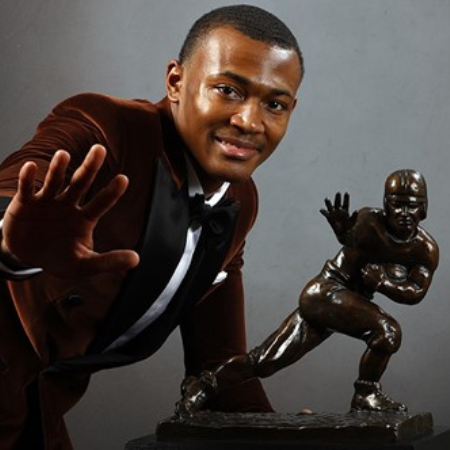 DeVonta Smith, a wide receiver with the No. 1 ranked Alabama Crimson Tide, has won the 2020 Heisman Trophy as the best player in American college football. He received the award during a virtual ceremony on Jan. 5.

Smith leads the NCAA Division I Football Bowl Subdivision with 105 receptions, 1,641 receiving yard, and 20 receiving touchdowns. If that was not enough, he dropped only two passes all season.

He joins former Crimson Tide running backs Mark Ingram and Derrick Henry who won the Heisman in 2009 and 2015, respectively.

During his emotional acceptance speech, Smith thanked his parents, coaches and teammates.

“To all the young kids out there that’s not the biggest, not the strongest, just keep pushing, because I’m not the biggest,” he said. “I’ve been doubted a lot just because of my size. Really, it just comes down to you put your mind to it, you can do it. No job is too big.”

Smith is in his senior season and is expected to move on to the NFL next season. He and his Alabama teammates are set to play for the College Football Playoff National Championship against No. 3 ranked Ohio State on Jan. 11.