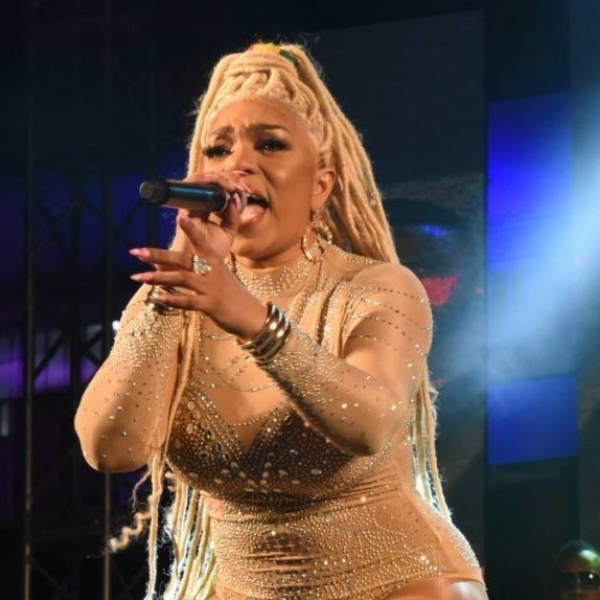 Trinidad and Tobago’s Bacchanal Queen Destra Garcia makes a leap into her new career as TV talk show host. In the midst of a raging pandemic, the Soca queen takes a turn into the virtual world, where she is able to engage her fans on all social media platforms and cable networks. Her show airs through an American based television broadcasting network, three times a week, on various cable channels. She has been hosting the programs for just a few weeks and has told Buzz Caribbean that she will remain on TV, post pandemic, and leave the weekends for her stage performance gigs. She admitted that although the networking platform was different from being on stage, it helped to showcase a different side of her personality. She had to find the niche of being on TV and embrace the differences with being on stage and being on television.

On the show Garcia is energetic, impressionable, and chatty. Her aim is to present a Caribbean show with an international appeal, so she will be touching on trendy topics. So far, she has explored Man Crush Mondays, Woman Crush Wednesdays, and Flash- Back Fridays. She told a local Trinidad and Tobago publication that the show will be spontaneous and interactive, and this will be a chance to “channel her excessive chattiness.”

Garcia now has the freedom to freestyle and interact with a live audience, and her fans are able to connect with her through an online presence. Since her launch, fans all over the Caribbean have been sending her congratulatory messages. Covid-19 has put a damper on the entertainment circuit, but for artistes like Destra Garcia, the determination to bring her talent and her effervescence to the world, is unstoppable.