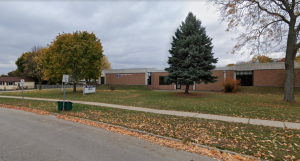 A Waterloo Region teacher is facing charges for allegedly

taping two children to desks at Alpine Public School in

following a joint inquiry by the Youth Protection Unit and

The boy’s mother and father told the Canadian Pakistani

Narrative, a prominent society and lobbyist group, that their

five-year-old was in shock. The family is hiding their identities

for privacy reasons and is demanding a change in the system.